Clean Energy Shines Through in WV, TX, and ND

For decades now, people have associated certain states like West Virginia, Texas, and North Dakota with pump jacks, coal mines, and oil wells. However, these fossil-fuel producing states, and many others you might not expect, are actually charging towards a future in renewable energy. According to the Renewables on the Rise 2020 report by Environment America, “States across America are taking advantage of the power of clean, renewable energy. There are clean energy leaders in big states and small states, red states and blue states, states on the coasts and states in the Heartland.”

2019 was the first year since 1885 that more energy came from renewable sources than coal, according to the US Energy Information Administration. Back then, the only effective sources of renewable energy came from burning wood or some of the world’s first hydroelectric dams. In 2020, advancements in renewable energy technology and a swelling sustainable job market are part of the reason why states, cities, and businesses are embracing clean energy. Environment America’s 2020 report found, “America produces almost four times as much renewable electricity from the sun and wind as it did in 2010.”

Look on the Bright Side

Arizona, Nevada, Texas, and even Florida found their way into the Top 10 states in terms of increased Solar Energy Capacity. These states also account for a large percentage of the United States’ oil and gas production. You certainly don’t have to drive far to find an oil refinery in Texas. However, Solar is continuing to grow in these sunny states. This means more sustainable jobs and money for states staking their claim on clean energy. The Arizona company First Solar recently became the largest solar panel manufacturer in the Western Hemisphere. Large industrial and commercial industries in these states are turning to renewable energy as a cost-effective long-term solution. The Renewables on the Rise report found “America produces over 30 times more solar power than it did in 2010, enough to power more than 16 million average American homes.”

When the sun isn’t shining, most businesses still have to keep the lights on. Luckily, amazing developments have been made in the utility storage industry. Some of the surprising members of the top 10 energy storing leaders are West Virginia, Illinois, and Hawaii. West Virginia has a history of coal mining, however their recent advancements in utility-scale electricity storage are crucial to economic and job growth as the nation welcomes renewable energy. The AES Energy Laurel Mountain wind project in West Virginia hosts the “largest battery installation attached to the power grid in the continental United States.” “Energy storage technologies like batteries can play a critical role in smoothing the deployment of renewable energy by storing excess clean energy for later use,” The Renewables on the Rise 2020 report states. “The United States saw an 20-fold increase in utility-scale battery storage from 2010 to 2019.” As electricity storage continues to advance, solar and wind power will become even more viable sources of energy.

Lining the vast, open country side of the United States, thousands of windmills have sprouted up, providing constant clean energy to hundreds of communities across the country. North Dakota, Colorado, and Minnesota all made it into the top 10 states in terms of wind power, and Texas took the top slot thanks to a $7 billion investment that raised over 13,000 wind turbines. The amount of wind turbines sprouting out of the countryside is only expected to increase over time. Over the next 10 years, wind turbine service technicians are projected to grow by 61%, making it the fastest growing occupation in the United States, according to the Bureau of Labor and Statistics. 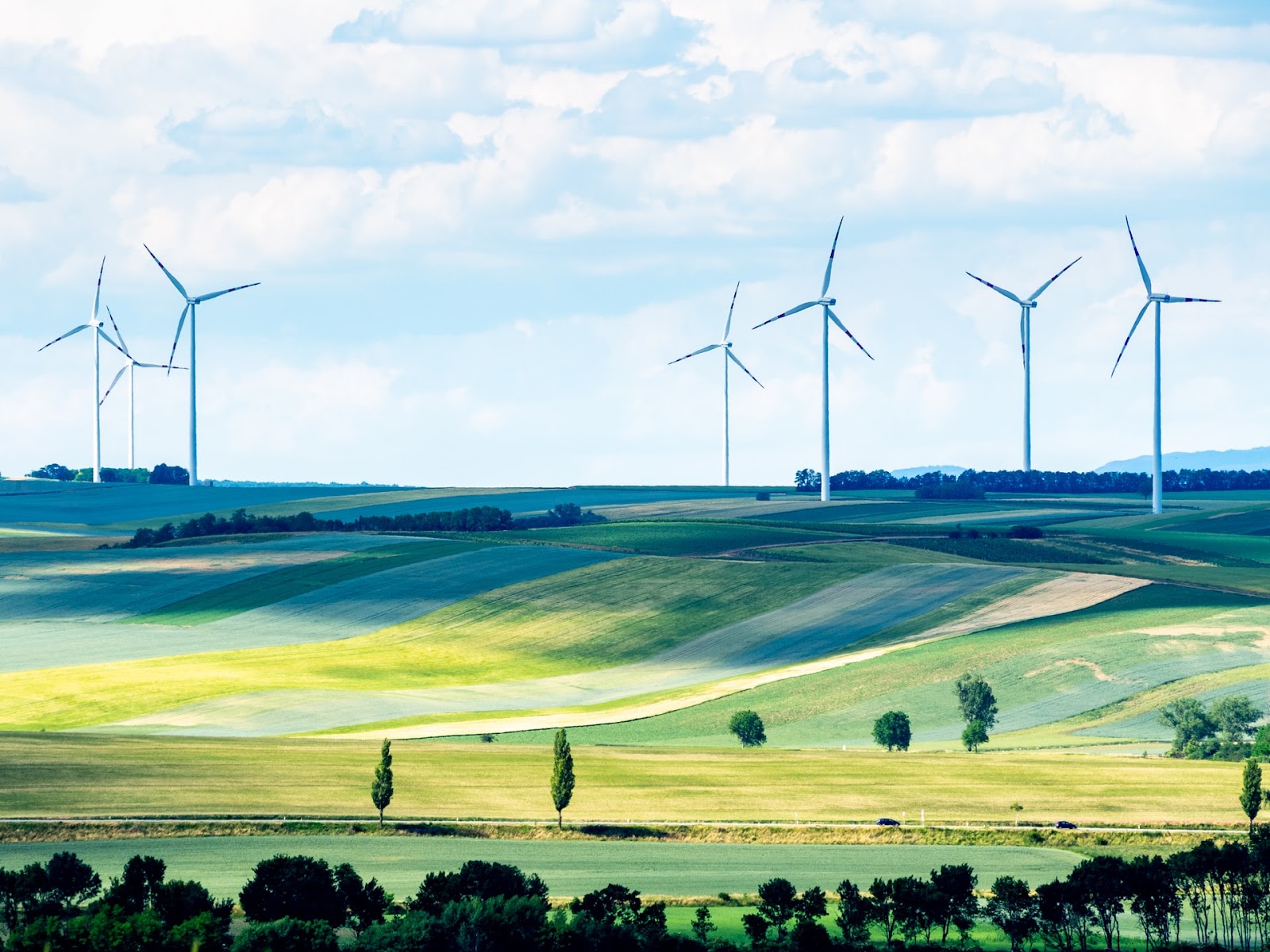 North Dakota ranks as the 6th windiest state and generates 20% of their energy thanks to 1,500 wind turbines that are currently in place across the state. However, the combination of their solar and wind power generates 51% of the state’s total power consumption according to the Renewables on the Rise 2020 report. Wyoming provides over a quarter of their electricity from solar and wind sources, that’s a higher percentage of renewable energy than California (23.7%). As a country, the United States is rich in renewable resources. The Renewables on the Rise Report states, “the U.S. has the technical potential to meet its current electricity needs more than 75 times over with solar energy and more than 10 times over with wind energy.”

A bit of a rolling stone, Clayton grew up in every corner of the US from the East Coast to the Pacific Northwest, before earning his undergraduate degree from Birmingham-Southern College. He recently returned from The University of Limerick in Ireland where he was finishing up a postgraduate degree in creative writing. When he’s not writing for Consensus, he’s drafting poetry, novels, and love letters to his fiance. In the quiet moments of life, he dreams up short stories and edits his second novel.

Induction Allows You To Heat Food, Not Your Home Or Planet

As Grid Disruptions Rise, Solar Firm Aims To Keep The Power On